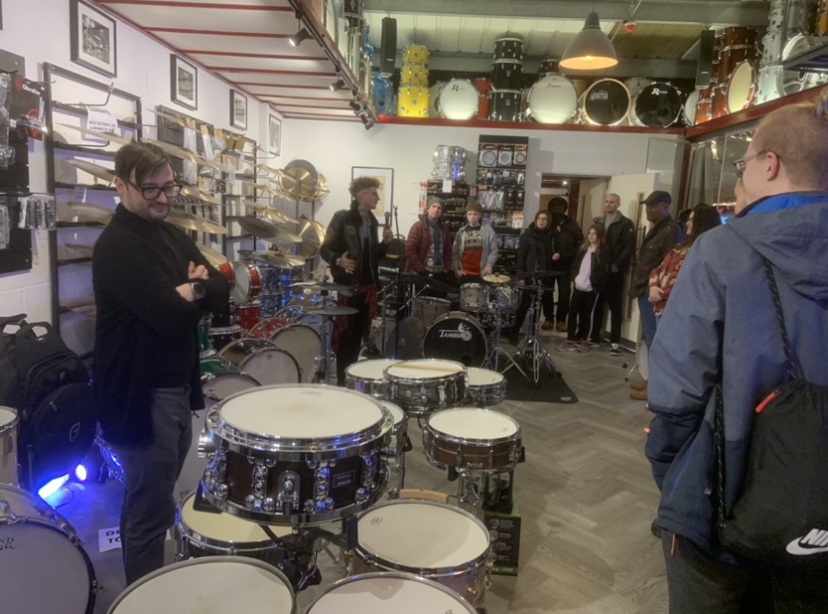 Taking a break in-between gigs, Joe had a fantastic night in London on Monday 6th December alongside some very familiar faces to the music industry. Joining a selection of huge names for a special open evening, everybody was in extremely high spirits as the night consisted of drums, drums and well…more drums. You can’t get any better than that really!

Rubix Drums hosted a brilliant event across the evening, with many different drum manufacturers and representatives joining forces to take part. These names included Ludwig, Tambura, Sabian, Pearl and many other huge companies. Speeches, presentations and, of course, lots of playing were the order of the evening with smiles all round from everybody attending. Joe of course was no exception as he mixed with some huge names, manufacturers and representatives from all over the industry, as seen in the photos below. 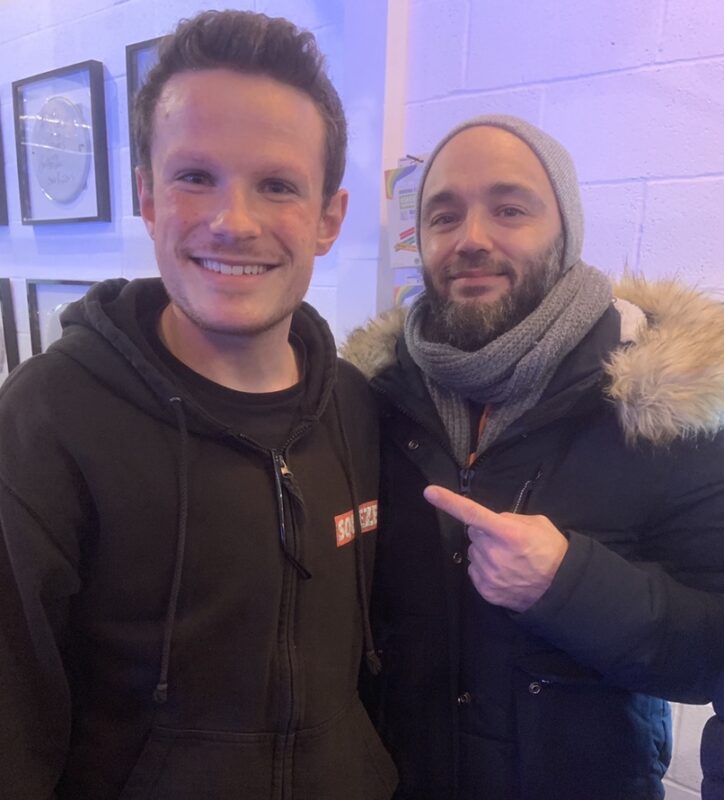 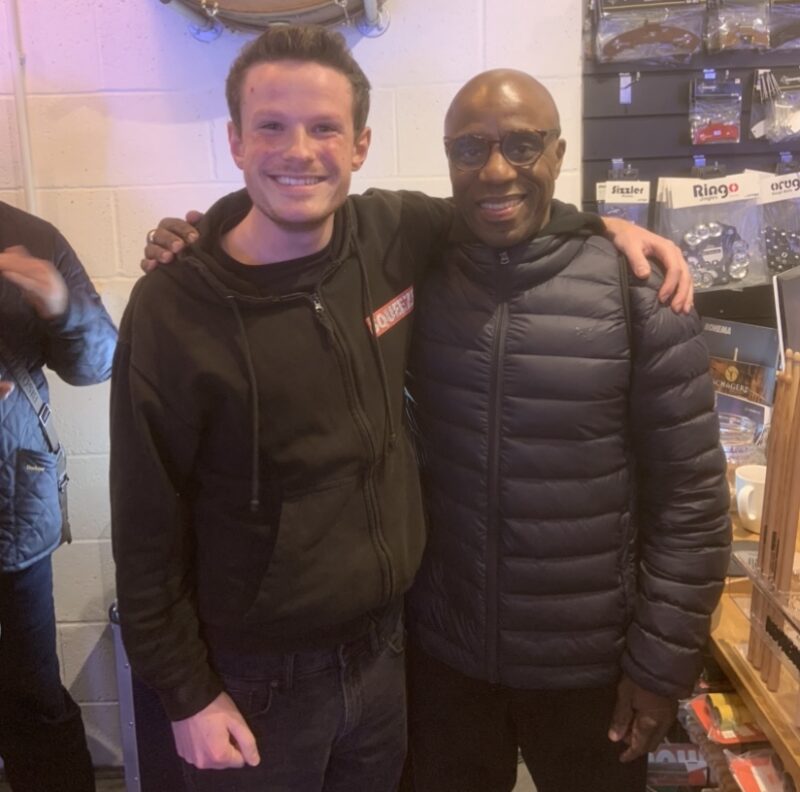 Joe had some very exciting talks with both Derrick McKenzie and Pete Ray Biggin. Derrick is best known as the drummer for Jamiroquai and has become one of the most prominent and biggest funk and disco drummers of the 2000s. He is a regular rhythm section tutor and masterclass musician at universities all across the U.K. including BIMM Brighton. Pete is best known as the drummer for Level 42 alongside the famous King brothers who have been playing since the late 1970s. He has also played with artists such as Amy Winehouse, Mark Ronson and Chaka Khan.

Joe himself was representing Canopus Drums for the open evening, one of Rubix Drums biggest partners, having recently been signed up to be endorsed by the manufacturer. The partnership continues to grow as Joe’s live music schedule begins to increase for 2022, using Canopus for all of his upcoming work and beyond.

The evening was made all the more exciting when Joe and Gareth Tyler partnered together to perform an exciting drum duet, this can also be found in the photos below. Gareth is best known as the founder of the Soundbox Music Academy in London, as well as an endorsee of Tama Drums. He and Joe came together to produce a masterful duet of skill and precision, with both drummers showcasing their unbelievable skills as professional musicians. Joe later commented on the event…

“What an evening we’ve all had here at Rubix. I can’t thank Bence enough for putting the whole event together and getting everybody together like this. I have met some truly exceptional drummers tonight who I could’ve only dreamed of meeting as a child. Gareth, Derrick and Pete have all been fantastic in giving me the best advice and inspiration moving forward in my professional career. To be representing Canopus here tonight is a true honour and a partnership that I hope to continue for years to come. A huge thank you to Rubix for having me, and a huge thank you to everybody who came out tonight, you’ve all been wonderful to meet.” 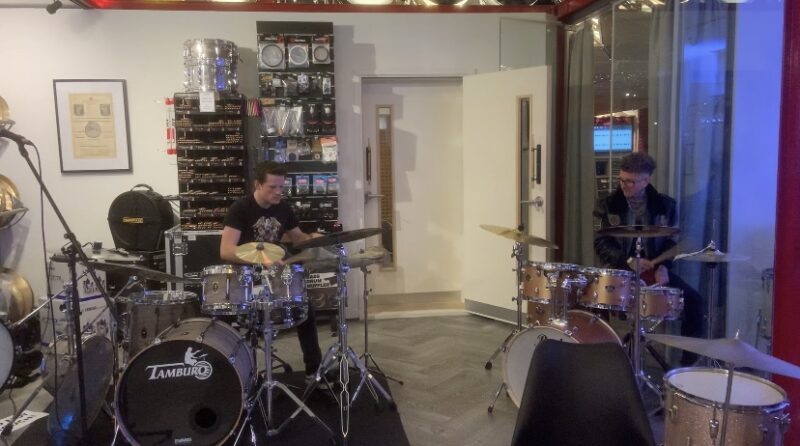