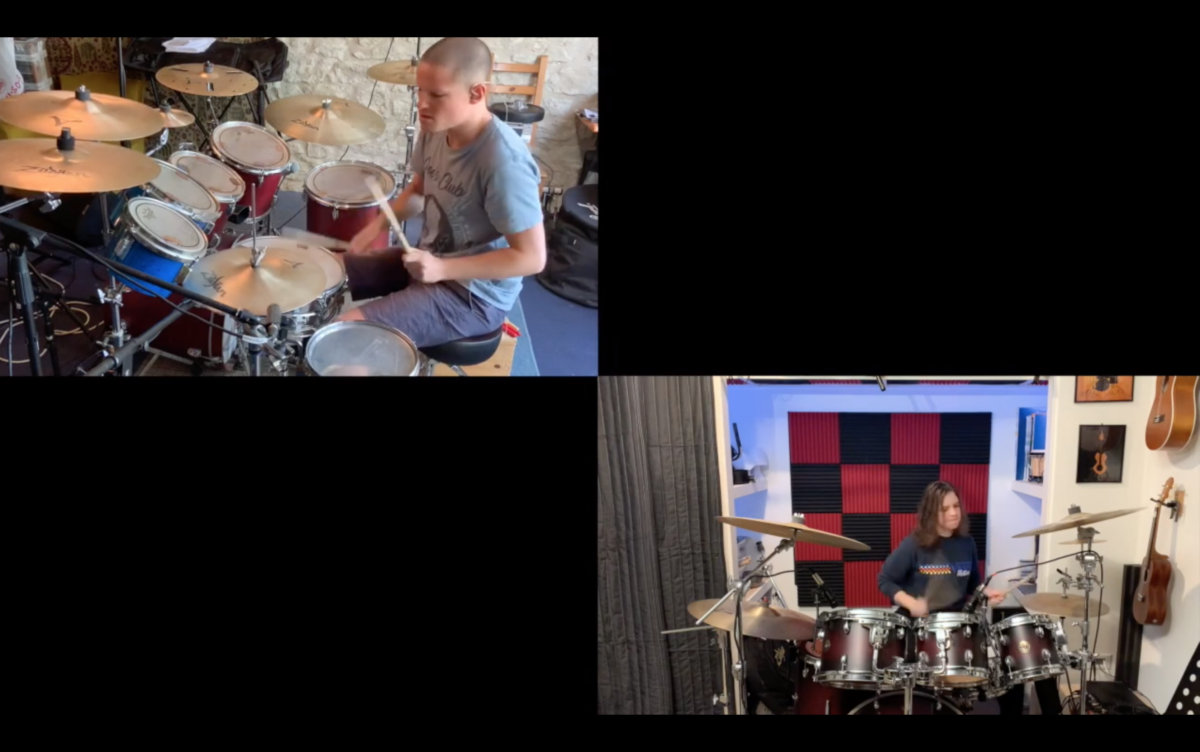 Live music might have been put on hold for the time being, but that certainly hasn’t stopped musicians from around the world all coming together and doing what they love the most. Joe has already been a part of many different collaborations during the global pandemic, including full bands, duets with musicians from other instruments and of course directing his own group of musicians, covering songs with people from all over the world. Despite all of his success from these collaborations his ambition to post a drum due still remained high on the priority list as it was something he had never done, until now…

On Tuesday 12th January Joe released a drum duet of Mr. Brightside, originally by The Killers. Featuring Rebecca Sykes, the two drummers combined their exceptional talent and ability to produce a masterful collaboration together and help achieve Joe’s ambition. Within hours of posting from both of their social media accounts, the duet received critical acclaim from many musicians all over the world on Instagram, Facebook and YouTube. The two drummers met on Instagram in June 2020 and have remained good friends ever since, with a similar taste in music and ambitions. This is the first of many collaborations we will see from them, despite them both living on opposite sides of the world.

Rebecca is originally from and still based in San Diego, CA. She started out playing the drums on a video simulator game at the age of just thirteen before taking them up full time at the age of fifteen, having lessons and getting an acoustic kit. Ever since starting her full time drum lessons at the same age, Rebecca has gone on to play for multiple bands such as The Kinky Velvets, Erratic Impulse and Darling By Night. Joe is one of many musicians she has collaborated with in recent times due to the global pandemic making live music impossible. He later commented on Rebecca’s ability and the collaboration itself…

“When Rebecca first messaged me I was very curious to see the sort of stuff she played and what her general musicianship was like. I wasn’t only blown away by her professionalism, but also her incredible natural talent. Her playing instantly felt fresh and unique and it was the sort of thing that only ever inspired me to play more and to improve on my general ability with the right attitude in place. Our collaboration is very special to me as we had been meaning to do something like this for a long time, I was determined to work with another drummer and Rebecca was the only person I wanted to ask. She isn’t now just a great friend to me, but also someone who has the ability to inspire millions of people around the world. I would happily do another collaboration with her anytime, make some more fantastic memories and most importantly, make more people happy during a difficult time for everybody.”