I Bet You Look Good On A Collaboration! 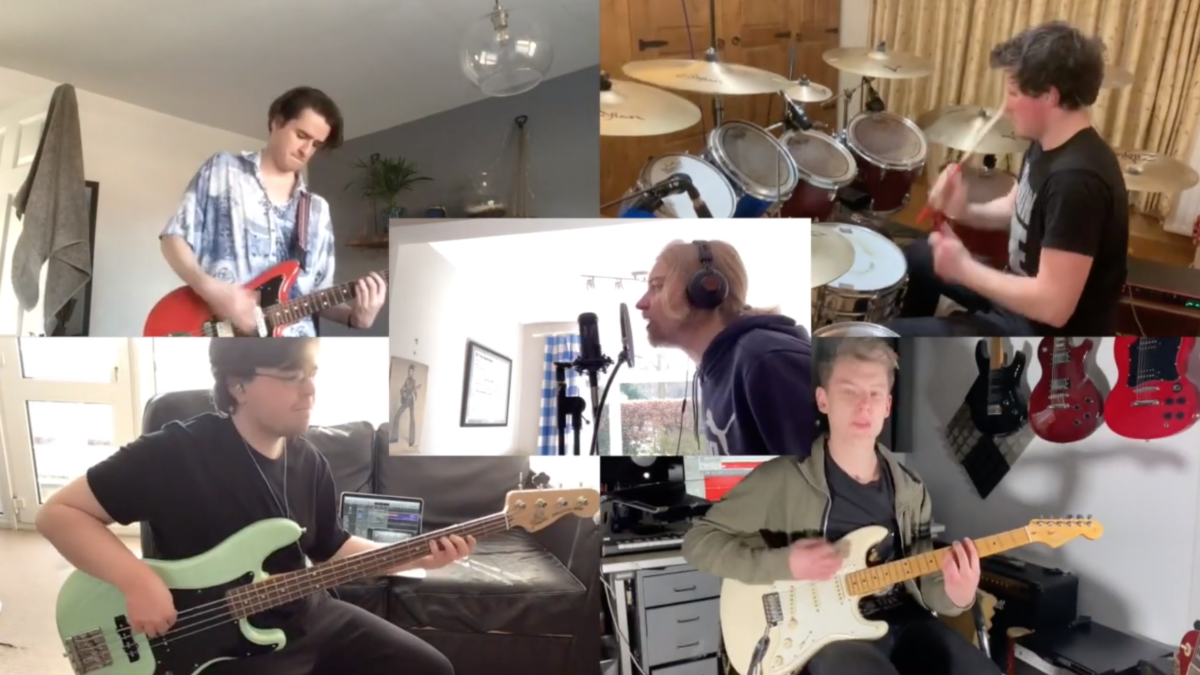 Turn up your speakers, get ready to move and prepare yourselves for an absolute classic. Rock has been taken to another level with The JD Experience back for another brilliant collaboration. Once again, Joe and his fantastic group of collaborators have certainly raised the bar to yet another high, with some brand new faces and some familiar ones too…

On Friday 30th April, Joe and his colleagues released one of their biggest projects to date with a full band cover of ‘I Bet You Look Good On The Dancefloor’ originally by the legendary Arctic Monkeys, one of the most popular and globally known bands of the 2000s. Considered an extremely tricky band to cover, all of the musicians involved did an exceptional job of emulating the unique sounds, effects and playing styles which make the Arctic Monkeys so distinctive and well known. The collaboration instantly received acclaim and praise from many fellow musicians and friends around Joe’s network and beyond, with each musician being praised for their unique talents and abilities on their specialised instrument.

Patrick Drake showed off his ability to lay down the lead vocals with his own original singing style benefitting him so often in his solo career, as well as his covers and collaborations, with his latest original release ‘Paper Tiger’ being a prime example of that. Sam Canfield, a regular collaborator with Joe once again showed his clear precision, accuracy and ability to make the lead guitar part look so easy and fun to play. He brilliantly emulated the original lead line of the song and carried the momentum through all the way to the end. Will Vickery, Joe’s band mate in Dirty Shirley, collaborated with Joe for the first time outside of their usual regular band work together. Will filled the rhythm guitar part perfectly, emulating the original rhythm guitar and playing with such passion and drive as he always does with Joe in Dirty Shirley. His rhythm playing was exceptional and it helped fill out the sections of the song where rhythm and tight playing is absolutely essential. Aidan Platts, a brand new collaborator with Joe, did a fantastic job not only emulating the bass pattern, but also adding his own unique bass line onto the cover which gave the full collaboration such a big boost. He helped Joe blend the essential drum and bass part which created the original driving pattern of the song.

Joe once again did an absolutely fantastic job of not only directing, editing and producing the performance, but also a brilliant performance once again on the drums. He gave such a clear example of the distinctive player he is with his unique technique, control and precision as a drummer. He later commented…

“This is always a song I’ve wanted to cover. Sam, Will, Patrick and Aidan have all been brilliant to work with and every single one of them did and incredible job and made an outstanding effort to make this collaboration as good as it is. I couldn’t be happier with this performance and moving forward I will certainly be working with all of these guys again in the future, it just keeps getting better and better and it was such a fun song to play on the drums. This sort of song is a prime example of the genre I love playing the most, even if I like to think of my playing as all round, there’s always those few genres and bands you particularly enjoy, and this is certainly one of them.”