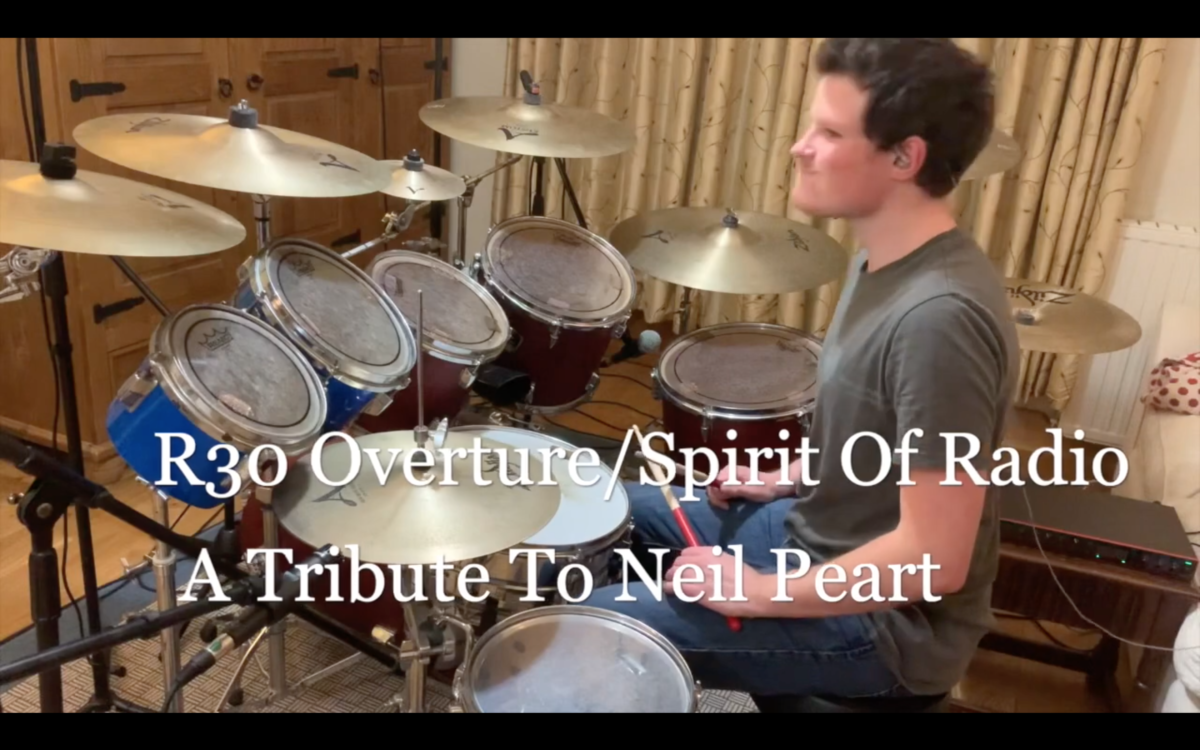 Tuesday 7th January 2020 will always go down in the history books as one to forget for many drummers around the world. An iconic drummer, Neil Peart, best known as the drummer for Canadian rock band Rush sadly passed away after battling brain cancer for the past three years. He was best known for his technical proficiency, exhilarating live performances, complex patterns and solos, his consistent stamina and diversity.

To Joe, Neil was his biggest influence and his death certainly came as a shock. Rush have not played since, but that has certainly not stopped Joe from continuing to be inspired by his hero. Covering several Rush songs throughout 2020, continuing to learn and improve in the style of Peart.

One year has passed since Neils death. To mark the occasion, Joe decided to perform a creative tribute to his hero in the style any Rush fan would love. Emulating Neil Peart’s style as closely as possible. Playing along to their live 30th Anniversary Album, Joe covered their legendary R30 Overture and Spirit Of Radio. This live opening combination is considered one of the toughest drum sequences to play and emulate correctly. Joe certainly gave it his all. Whilst no drummer could ever possibly emulate Peart and play as precisely as he did, Joe did a fantastic job. He later commented…

“The day Neil Peart passed was one of the saddest days for the world of drummers. Neil wasn’t just an icon, but he changed the way drums were played. He had such unique ability and playing style, he was faultless and he made it look easy. To be able to perform a tribute to my hero was always one of my biggest ambitions, especially after he passed away. I hope he can continue to inspire many young, upcoming drummers like myself for many years to come.”