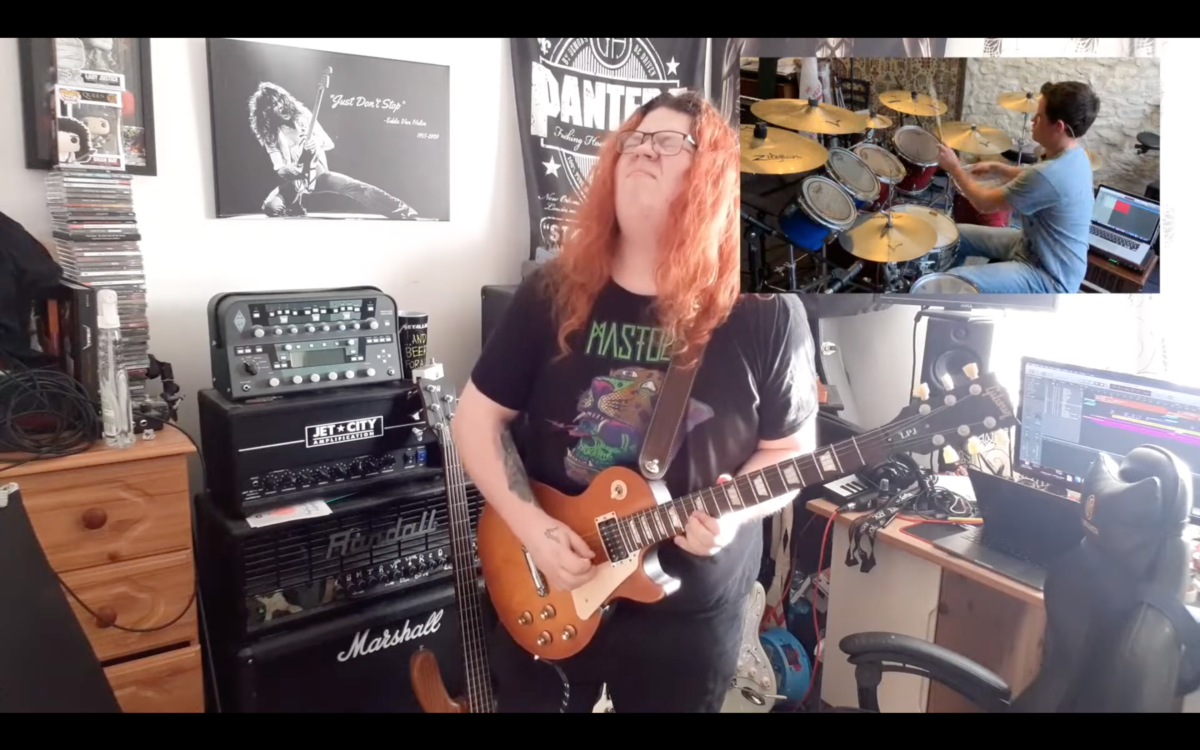 Loud, heavy, energetic, lively and thrilling…these are just a few words to describe what can only be the most intense collaboration of the year. Joe has been back in the studios once again. This time for a brand new genre, a brand new setting, but a very familiar face joining him for one of the most popular metal songs to have ever been released…

On Friday 6th August, working alongside his good friend and regular collaborator Josh Anderson, the two musicians released their collaboration of Enter Sandman, originally, of course by the legendary Metallica. After many months of hard work, the two musicians combined their creativity and team work skills to produce a fantastic rendition with their own creative and original input. Metal is a genre that Joe has rarely covered in his musical career, with the majority of his projects covering rock, pop and contemporary genres. As a result, this collaboration was hugely anticipated by many of his followers and colleagues in the music industry.

There was much excitement upon the release with both musicians soon receiving positive reactions for their performances. Josh in particular was heavily praised by his peers and followers for his exceptional guitar playing, bass skills, vocal performance and his outstanding leadership role in this project. Not only were his instrumental and vocal skills exceptional, but his production, editing and mixing skills couldn’t go unnoticed. Joe later commented…

“Josh is a great friend of mine and a specialist in metal music. That is why I decided to hand over the reigns and let him lead and direct this project instead of directing it myself for a change. It was nice to take a step back, take direction and work closely alongside someone who knows this genre inside out. I am extremely proud of both of our performances in this project and Josh’s skills can’t be overlooked as he did an absolutely superb job. Every minute we spent working together on this project was enjoyable and I wouldn’t have changed anything during the production. I thoroughly enjoyed drumming along to something very new and unfamiliar to me and it will be the first of many metal songs I shall be covering in my career. Thank you to Josh for everything he has done over the course of this project.”