The Best One Yet 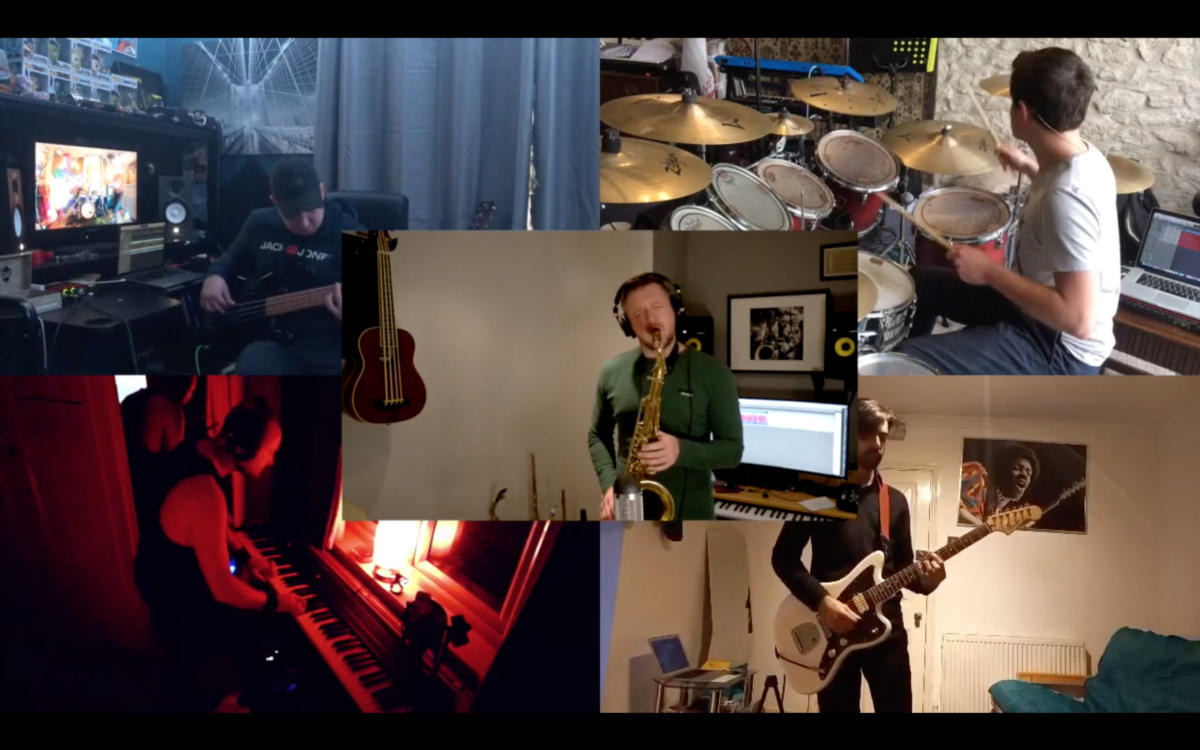 Did you ever think things couldn’t possibly get any better than some of Joe’s last collaborations? If you did, then you were very much mistaken. The bar is set higher each time a new full band cover is released, and this one was certainly no exception…

On Saturday 23rd January, The JD Experience returned. Joe released what is possibly his biggest group project yet, combining a completely different set of musicians together, some familiar and some new to what was the most anticipated release so far. Money, originally by the legendary Pink Floyd is widely regarded as one of the most unique and popular songs the band had ever released, as well as notoriously difficult to emulate to a high standard. Joe and his fellow talented musicians certainly didn’t disappoint in their full band collaboration, making the most of this incredible opportunity to produce such a high standard cover as a team, despite the current global circumstances.

Riccardo Caredda demonstrated his unique ability to not only create a flawless performance, but also to match the specific creations that were on the original record by the legendary David Gilmour. Throughout the song he never put a foot out of line. He nailed the guitar solo, with every single note, riff and timing being spot on. He also led the way in what was a fantastic melodical section of high quality, talent and team work combined with keyboardist Gabriel Leni. Gabriel did a magnificent job to emulate the sounds created by original keyboardist Richard Wright, using what is normally a guitar pedal to create such an accurate outer line and a  hugely important layer of the song, what a fantastic job he did. Will Collins also did an impeccable job on the bass emulating the great Roger Water’s very distinctive bass line which fills out the majority of the song. Without this fine bass line, the song would simply have never existed in the first place and Will made sure it was done to perfection, not making a single error in the process, a fantastic performance from all of these great musicians.

However, there was an even bigger moment to come during this collaboration…a very special guest joining the group to play a fantastic saxophone solo. The one and only Paul Booth.

Paul is best known as the saxophonist for Steve Winwood. He has also worked for many different artists over the course of his career including The Eagles, Eric Clapton, Van Morrison and many more. He is regarded by many as one of the finest sessions musicians in the world. Joe was understandably delighted to have him onboard and shortly after the release made a statement regarding the whole collaboration…

“I am simply shocked and blown away by the support we have all received and the amount of praise we have all had. Several months of hard work have finally come into one today and it has clearly shown with the effort of every single musician demonstrating not only their talent and creative ability, but their flawless performances all across the song. To cover a song like this from such a legendary band was always going to be tricky, and a few people before we started questioned wether this was a sensible thing to do, or very brave. None of us doubted it for a minute and it was incredible to see what an incredible team effort can really achieve. To have Paul joining us was simply the icing on the cake, I am honoured that he has given up his time and generously decided to join us, he is a true inspiration to me, I have looked up to him for a number of years as. huge Steve Winwood fan, and I sincerely hope I can meet him one day in the future. A huge thank you to every single musician who has helped me on this, we have done this together.”